The pilots of Arizona-based Top Aces are aggressively pitching the legendary F-16 Viper against some of the most advanced fighters in the world.

In 2018, the US Air Force issued a request for proposals (RFP) for adversary air support and received eight responses. A year later, the US Department of Defense announced the award of contracts worth an astonishing $6.4bn to seven civilian companies to provide air support services to the US military. 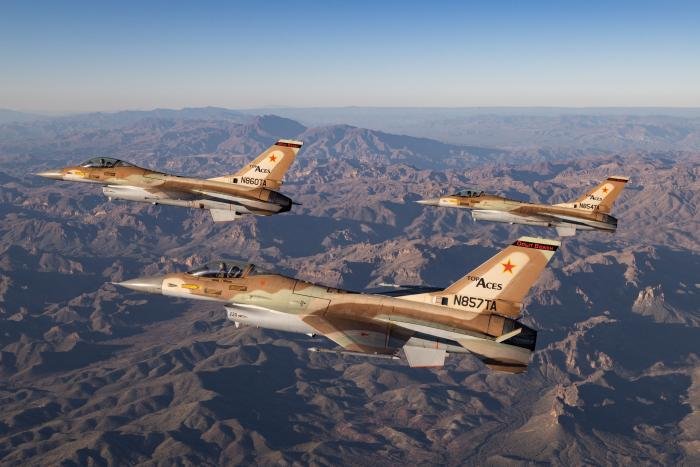 In January 2021, less than three years after the RFP, an Antonov An-124 was loaded up with four F-16s. The mission was to transport the F-16s to another desert location thousands of miles away, where they would be reassembled so that they could go up against US military pilots. While this might sound like the beginning of a great Tom Clancy novel, it’s just the culmination of a vision that started in 2014.